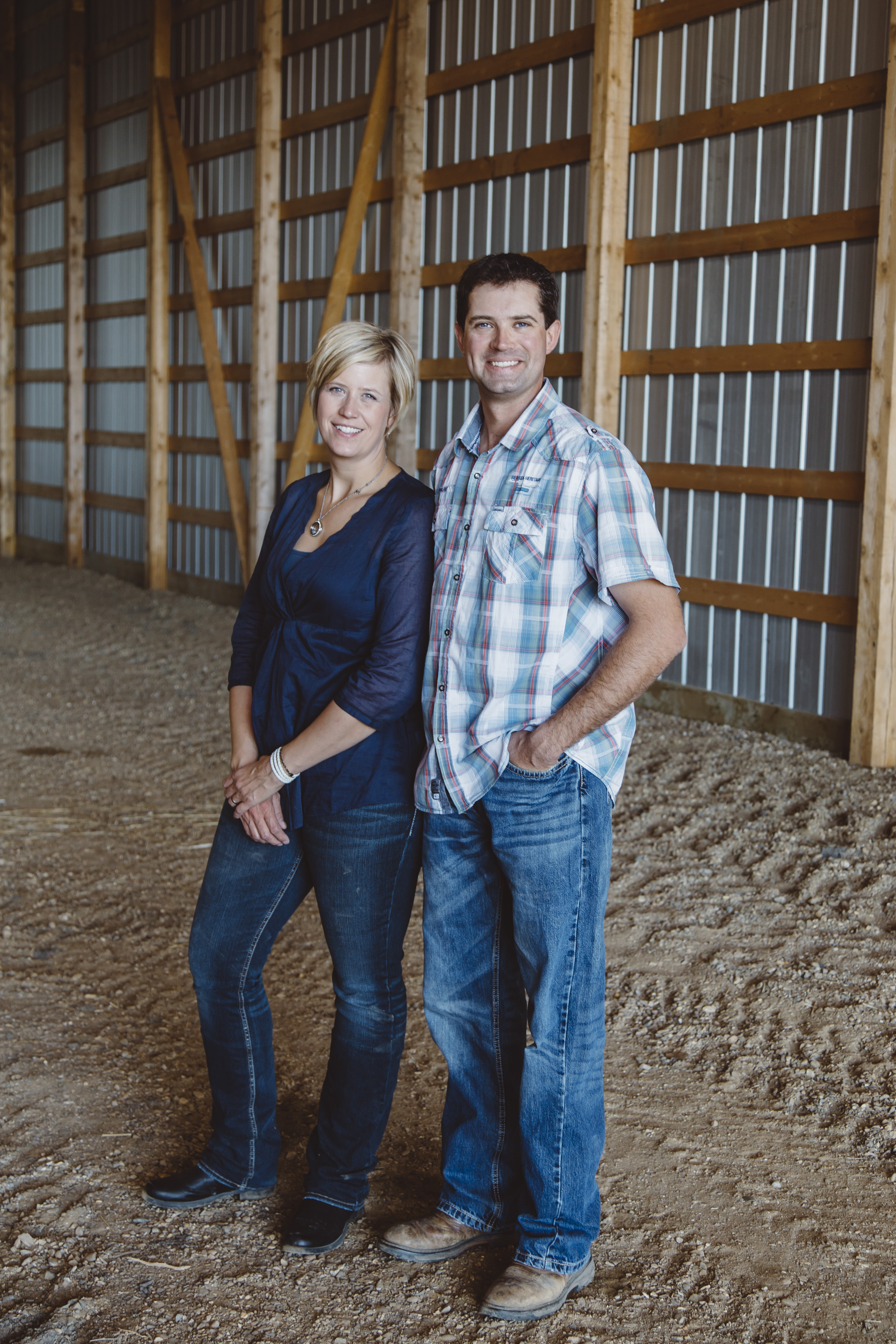 Myles grew up on a mixed farm near Crossfield, Alberta. He attended Olds College, graduating in 2000 from the Agricultural Business program with a major in Entrepreneurship and Small Business. During and after his time at college he worked as a welder within the Alberta oil patch and obtained his Journeyman Welding ticket, he then completed a diploma in Welding Engineering Technology from the Southern Alberta Institute of Technology in 2005.

Trena grew up on a grain farm near Bateman, Saskatchewan. She also attended Olds College and graduated in 2000 from the Agricultural Business program with a major in Finance. From there she went to the University of Saskatchewan and in 2003 completed her Bachelor of Science in Agriculture, majoring in Agronomy. Trena then moved to Calgary to pursue a career in Agriculture.

On July 22, 2006 Myles and Trena were married, and had plans to head back to Saskatchewan to pursue their dream of farming. By the spring of 2007, with the help of their parents, they were putting in their first crop.

Today they farm approximately 8,500 acres of owned and rented land. Myles and Trena share a passion for Agriculture and learning. Through various training opportunities they are working to build a strong farm business.